We had the great opportunity to exhibit our digital interactive installation Biomorpha (Evolving Structures) at the Affordable Art Fair from the 8th to the 11th of March.

Biomorpha explores the dramatic evolutionary pressure that can be caused by a sudden change in a species’ environment. An organism that is well adapted to a relatively stable environment can stay largely unchanged for millions of years. In a continuously changing environment, a species can undergo dramatic changes in a relatively short time, as there is a high potential for mutations that help it to survive in the new environment. This changes happen over a large period of time that is not perceptible for humans in real time.

In Biomorpha, the audience is the evolutionary pressure whom are tracked by a Kinect sensor when entering Biomorpha’s environment. The digital organism mutates at an accelerated pace, in order to adapt to the new environment that the audience is creating for it. 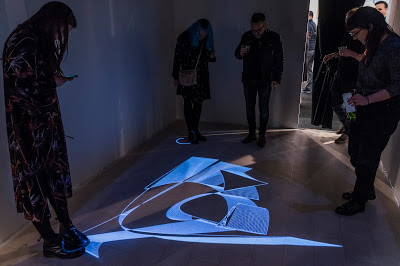 For this exhibition we introduced a new feature in the software that captured all the evolved forms resulting of the interaction with the audience, for use in further artworks. 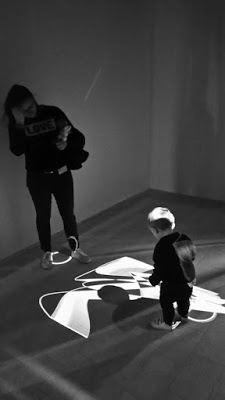 We had a great amount of audience of a wide range of ages interacting with our digital organism, and it was a great experience to have the artwork installed in the centre of the fair, surrounded by international galleries. 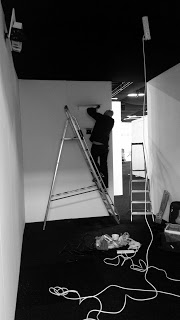 Technically, we chose a more simplified set up to install Biomorpha, according to the specification of the exhibiting space that we were allocated. We had two entrances to the installation and we also installed a vinyl floor. 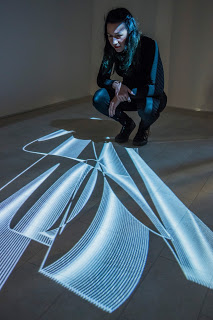