Biomorpha (Evolving Structures) is a mixed media installation that combines a digital interactive installation, a series of acrylic and bioplastic sculptures, holograms, photo-etchings and a performance. The project explores the idea that an organism is limited by the success of the mutations of its ancestors and how evolutionary pressure accelerates the mutation rate in an organism that is adapted to an environment that originally has stable conditions.

Biomorpha begins in a stable evolutionary environment to which it is very well adapted. The presence of audience members entering its space represents a sudden, dramatic shift in this landscape to which Biomorpha is no longer well-adapted. It immediately begins to undergo a series of mutations that gradually adapt it to the presence of the audience members, by moving closer to them.

Biomorpha is a metaphorical organism that represents many species over many generations. In the real-world, dramatic changes may drive many or even most species extinct which affording only a few lucky species the chance to dominate the new environment through a rapid epoch of speciation.

Special thanks to Ben Murray for his help in developing the software, to Dr Max Reuter for his contribution in genetics and evolution and to Aimee Dulake and Jessie Richardson for their involvement in the performance.

This is Neus's final project for the Masters in Art and Science at Central Saint Martins, exhibited at the Degree Show in May 2017. 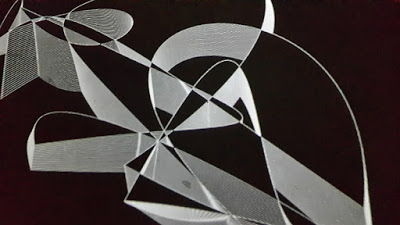 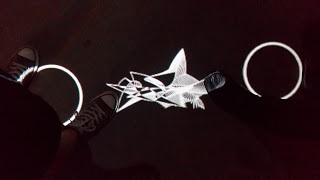