Collaboration with scientists is a key part of our artistic practice, but finding scientists whose work coincides well with our work is a challenge. As such, we were very fortunate to have Dr Simone Immler contact us and express interest in working with us. Her area of research is haploid selection; an area of genetics that just so happens to follow on very neatly from our UCL collaboration.

Many sexually-reproducing species, including ourselves, are what is known as 'diploid'. This means that we have two sets of chromosomes. These chromosomes are brought together by two haploid organisms (an organism with a single set of chromosomes). One set comes from your biological mother through an egg and the other comes from your biological father through a sperm. We tend to think of ourselves as a single, diploid organism, but sexually reproducing species do spend a brief moment of our genetic lifecycle as two haploid organisms, and we explore this phase through the Haploid Selection project.

Lead researcher Dr Immler and her group at the University of East Anglia study an active area of genetics that has profound implications on the understanding of sexual reproducation. It was previously thought that gametes (eggs and sperm) are merely a delivery mechanism for getting two sets of chromosomes together, and that the DNA contained within them was essentially just a passenger for the process. Recent research has shown that gametes express their DNA and that the DNA expression in gametes is related to the DNA expression in the resulting lifeforms.

The implications for this are profound for sexually reproducing species. Each gamete is a unique recombination of two sets of chromosomes. Now, consider the short lifetime of a sperm. In zebrafish, one of the organisms that is used to study haploid selection, can produce a million sperm in an ejaculation. A female zebrafish produces around forty eggs, so the sperm are in a competition where only one in twenty-five thousand will get to fuse with an egg. If the DNA in each sperm expresses itself, then the traits of each sperm help determine whether it will fuse with an egg. This is a far more extreme form of evolutionary pressure than is ever experienced by the resulting organisms!

On our initial visit to the lab, we were very warmly greeted and shown around by Dr Immler and her research team. One of the aspects of their work that very much left an impression on us is the analog nature of so called 'wet science'. Good results depend not just on the design of the experiment, but in the execution of the procedures, and the scientists are very well practiced at the procedures required to harvest eggs and sperm from the organisms that they work with.

Another aspect of our visit that left an impression on us was how strongly the manner of leadership by a lab leader influences the culture of the lab. Dr Immler is very much interested in public engagement and encouraging creative thinking in her lab, and it reflects in the attitudes of the researchers there. Many of them have found creative ways to reflect upon their work, particularly in the creation of artistic microscopy images that they have used in public engagement activities to highlight the research.

We had a limited amount of time available to us from the initial meeting until the exhibition at the Science Museum Lates, and so we had to quickly decide upon how we would reflect upon the subject of haploid selection. In the end, we took two routes; a scuplural reflection and a VR prototype. 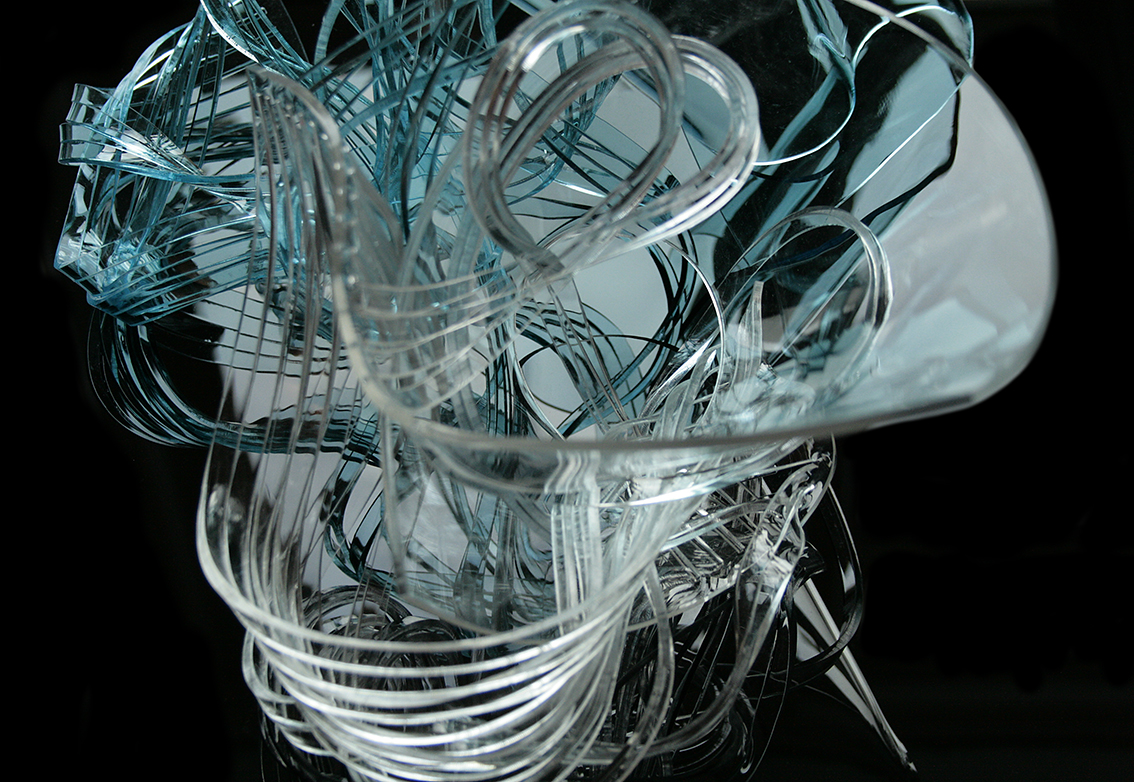 Tension is a sculpture that focuses on the evolutionary pressure placed on gametes, given their environment and the numeric differences between eggs and sperm.